Tucked away in the corner of Chelsea and Kensington is a gem of a find for military enthusiasts, in the form of the National Army Museum. 5 galleries, from the English Civil war right up to modern day conflicts.

The Army Officer who created the National Army Museum

The Museum was founded by Field Marshal Sir Gerald Templer, KGM, GCB, GCMG, KBE, DSO.  A decorated British Army officer who had a long progressive, interesting career and served in both world wars. He became one of the Chiefs of the Imperial General Staff, overseeing the army from 1955 to 1958.

The Field Marshall was also an advisor to Prime Minister Eden during the Suez Crisis, later becoming director of Military Intelligence. Churchill put him in charge of the Malayan situation during the early 1950s. He then earns Knight of the Grand Cross of the Order of the Bath. The Malaysian Government awarded him Grand Commander of the Order of the Defender of the Realm, with the title TUN. The Medal for this is a spectacular 11 pointed white star on a sky-blue banded sash.

The Field Marshall did not stop there, In His retirement, he focused on starting up a funding campaign to set up, The National Army Museum in the late 1950s. Lastly, he was president of the Society for Army Historical Research 1965-1979.

In the beginning the Army Museum was housed in part of the Riding school at the Royal Military Academy Sandhurst. The museum received Royal Charter in 1960 for the purpose of exhibiting objects, records on the British Land Forces, British Army, its Auxiliary forces and Commonwealth links.

Designers William Holford & Partners started work in 1961 on a Brutalist-style building to be the new home of the National Army Museum. William Holford had a fine pedigree of previous large scale London projects. He contributed to the Town & Country Planning Act of 1947. He was involved with the redevelopment of Paternoster Square, and also involved parts of Eton College in the late 1950s early 1960s. William Holford was also a lecturer at Liverpool University in the 1930s.

The site of the new National Army Museum building was the site of the old infirmary of the Royal Hospital Chelsea. The building project was completed on the 11th November 1971 and was opened by Queen Elizabeth II.

In 2006 the National Army museum underwent refurbishment. This was because plans to build a National Army Museum up north fell through. Reopened in 2010. But the museum then underwent a three-year major redevelopment. This took from May 2014- till March 2017. The cost of the refurbishment £23.75 million with £11.5m Heritage Lottery Fund. Queen Elizabeth II also reopened the Museum.

Just like Field Marshal Templar, was a Sandhurst graduate. Engaged in active service In the Gulf war 1991, Northern Ireland 1995. Gaining the Queens Commendation for Valuable Service. By 1998 he was a Brigadier. He saw active service in Kosovo. Made Commander of the British Empire 2001. Going up the ranks to Major General, Chief of Staff at Land Command, General Officer Commanding 3rd UK Mechanised division active in Iraq and Bosnia.  He became Commander of the Allied Rapid Reaction Corps, then Lieutenant General. In 2010 he gave evidence at the Iraqi enquiry. In 2010 a Knighthood, as a Knight Commander of the Order of the Bath. He is in tune with modern day military issues as he is also part of the Advisory board for Gender force that tackles Gender and sexual-based discrimination and abuse in conflict and post-conflict scenarios.

The Pick and Mix of Modern Day Museums

Wars have changed through time and have changed time. Leaders have faced different adversities during battles. The military is a dynamic structure that responds to change, always developing. Museums present themselves with the changes of time too.

The Current Museum is divided into 5 Areas

There are interactive areas throughout the museum, sounds and visuals.

It is divided over 3 floors

Giving people the idea of what it is like to be a soldier, recollections, personal artefacts, looking at the emotional, mental physical side of being a soldier.

Beginnings of the British Army political and historical impact, uniforms 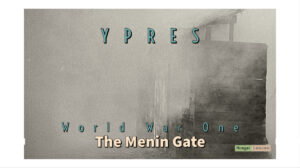