Tommy Burns became the first boxer to travel the world defending his title, which he did 11 times. He barred no one from challenging his title, nationality, religion or race.

During the first world war, Tommy joined the Canadian Army as a physical fitness instructor for soldiers. in 1920 was to be the last ring match where he fought British Champion, Joe Beckett. The fight was stopped in the seventh round when his own corner threw in the towel. Tommy Burns was 38, Becket was ten years younger at 28.

During his retirement from Boxing, Tommy Burns worked as an Insurance salesman and even as a security guard before finally being ordained into the church.

In The Ring with Tommy Burns, By Adam J.Pollack

Success in the ring led to commercial success out of the ring, with the Gunner Moir boxing glove merchandise and advertising campaign for Phosferine tonic.

In Retirement Gunner Moir wrote the instructional book ‘The Complete Boxer’ published in 1930. He then entered the world of acting and starred in a few movies:

What is the National Sporting Club (N.S.C), Covent Garden?

They found the club in 1891 and did much to promote boxing as a sport in Great Britain. What were the rules of the National Sporting Club Covent garden?

The club moved Stadium Club Holborn and then moving to 21 Soho in January 1930.

In 1938 the club moved to Hotel Splendid, Piccadilly. It is here the story of the N.S.C ends, as the second world war began, the club went into voluntary liquidation.

Why not watch the match, courtesy of YouTube? Tommy Burns owns the film rights to the match and claimed in an interview afterward he extended the duratin of the match to earn more from the film.

Where is the old site of the National Sport Club, Covent Garden 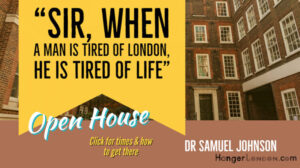