Stour Space located in the East End of London, is a venue that offers exhibition, performing and creative arts spaces, a shop, and a café. It works with enterprises and represents the local neighborhood community. Opened in 2009, Stour Space was previously an unused 19th Century Warehouse. L

The Journey to Stour Space

This part of London is associated with the site of the London Olympics, Stour Space is indeed alost n the shadows of the Olympic stadium, a canal, and a short walk away. Three London Boroughs touch here, Tower Hamlets, Newham, and Hackney.

By public transport, once exiting Stratford station terminal, the options are plenty, either the 25-minute walk, hope on the overground train to Hacknet Wick and a 10-minute walk, or the 17-minute bus ride on the 399, plus a 5-minute walk. The common denominator is that a walk will be involved, and what a walk it actually is.

If you google this venue’s address, it does indeed look to be an interesting set of puzzles or decisions in how to get there. Hackney Wick station is the most direct way, and the option taken on this little trip.

Traveling the Overground, is quite a pleasant experience, closing in on Hackney Wick, It gives you an eerie sense of the expanse of land space that was cleared in order to house the Olympic stadium and the Queen Elizabeth Park.

As the train passes by the stadium, the proud nameplate ‘Westham Football Club’ comes into view, as the Olympic stadium is now the team’s football home.

Hackney Wick station is in zone 2. The station opened in 1980 for mainline train connections. In early 2017 the station went through significant modifications, as seen in this photo of the construction that was going on, the stairways up to the track looking like ramparts are all part of the trip experience. It now serves as a London Overground stop which is one stop from Stratford International.

The short walk from Hackney Wick station to Stour space gives you in one sense a sense of baron uncertainty. However, the nostalgia of the deserted part of old London is worth it for the stunning view across the canal of the Olympic stadium. A postcard view of the old countryside, modern monument, previous industry current enterprise all in one small snapshot.

Now there are little bridges and many walks you could take. The Graffiti is in parts quite impressive, with some typical humor as well as the art on show. Those who remember the 1980s, or have been to France might recall in fondness or disspear at just how much street art is on show.

Graffiti on the Bridge to Stour Space

The Old Bus 30 and the trip to Hackney Wick

Years ago a trip on a bus 30, that still terminates at Hackney Wick, was the bus to catch, in order to visit a market. It was a huge car boot sale and other goods market that used to run in that area on a Sunday Morning. It would be good to know from readers if they went there or know more about it or where it was actually held.

In the mid-80s the Trowbridge council Estate built in the 1960s was demolished see the link. Other blocks in that area were still being demolished in the mid-90s. The Documentary states that the buildings suffered from mold and dampness because they were designed to be built in hot countries! Were they having a laugh given the British Climate and the marsh and Waterland around that site it’s hardly a tropical island?

A lot of disused buildings in the state of being knocked down, and a village of skeletons of new builds and major regeneration projects. A deserted town of graffiti hard hats and glimpses of old-style industrial buildings on the banks of the canal. The canal meanders in and around the area and towpaths lead to various walkways one can do.

The exhibition space was a warm haven from the slight snow freckle that started and the bitting chilling wind earlier in the year when we visited a photographic exhibition they had there, which was free entry. The photos showed what revolutions continued to happen in Hackney during two key decades many of us have fond memories of. 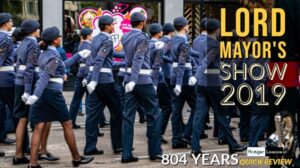