Does anyone own a collectable De Havilland Comet model aeroplane?

What was good about these Aeroplanes

The shiny futuristic looking aircraft, not propeller driven. Until that point passenger aircraft had been piston and propeller noise. Passenger cabins were not pressurised. The standard planes flew low so confronted bad weather.

Aeroplanes like the De Havilland Comet flew higher above the weather, faster, a smoother ride and quieter. Unusual by today’s standards were the engines, instead of hanging below the wings like big round barrels, the Comet concealed them into the main body of the aeroplane. The wings and layout of its design seemed to conceal the engines and gave passengers stunning views.

So where does May 2nd, 1952 fit in? This being the first scheduled flight taking 23 hours from London to Johannesburg. Speeds of approx. 500mph.

BOAC and its Comet perhaps on top of the world to be the only passenger Jet line in service. With good passenger reviews, not only about the quiet smooth journey but also for the meals and service.

The comet dream disintegrated in problem after fatality

The sad initial fate and fear about this aeroplane are that so many crashed, exploded or disintegrated mid-flight killing people.  Built-in Hatfield, just outside London. Other problems with electrics, navigation and hydraulic seals playing up. Refuelling demands after 4 hours and at one point the cockpit window misted up.  The control column also gave deceiving feedback in terms of how much speed the aircraft was doing which did not seem to provide enough noticeable feedback.

Engineers added Weather radar, and other adjustments to rectify the growing concerns.

The pressurisation of an aeroplane is vital to enabling passengers to breathe at high altitudes. The outer shell of the plane considered by some too thin to withstand this constant exposure to extremes of pressure.

When another explosion and crash occurred, planes held grounded at once and work to investigate the problems led to 50 modifications. Although other sceptics felt the real cause of the explosions yet to be identified.

Another exploded plane later, blew the tipping block into a full-scale major investigation with the Royal Aircraft Establishment.

Ever wondered why windows on aeroplanes are now rounded?

They found the culprit of the explosions after some extensive 9,000 flying hours of tests that simulated underwater, pressure and stress a plane would experience. The corners of square or rectangle windows would invite cracks in the thin shell, once the shell of the fuselage cracks it will blow open and loose pressure. Aircraft window shapes had to change as did thickness of the fuselage.

Time flies, it was now around 1954 and Boeing had already designed planes learning from De Havilland’s mistakes whilst planes remain grounded.

1958 almost over, but they had developed Comet 2,3 and 4. Comet 4 was much more reliable and could fly for longer.

Boeing however by this time had developed the Boeing 707 which flew the same year, the Comets had lost the race of Jet Airliner supremacy. The Day 617 Squardron did it

On the 16th May 1943, 617 Squadron took off on its now famous bombing raid of the Möhne and Eder dams in the Ruhr valley using

Amazing facts of The Royal Flying Corps, founded 13 May 1912 when was the last British Airways Concorde Flight

The worlds most successful supersonic airliner, Concorde, flew its last commercial flight for British Airways on the 24th October 2003. Concorde was a supersonic jet which 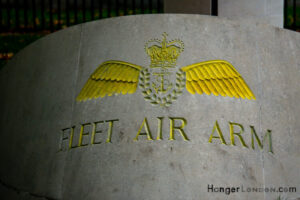 The RAF is led by Air Command (HQ), controlling 3 groups, 1,2 and 22 group, the command and control structure is further broken down into Heathrow The Journey Exhibition As early as 1929 the Great West  Aerodrome was a small airfield,  South East of a Hamlet called Heathrow. Commercial flights