Acts of Supremacy and Catherine’s surprising link to Rome

On the 3rd November 1534 Parliament passed ‘The Act of Supremacy’ in so doing making King Henry VIII Supreme Head of the Church of England, The Crown of England did not want to be controlled by the pope. Ireland also had gotten fed up of being dictated to by others. The act also required his English subjects their oath of loyalty that recognised his marriage to Anne Boleyn.

King Henry VIII need for independence both in Marriage and Country

It is well known, King Henry VIII long dissatisfaction with having to ask the permission of Rome for ecclesiastical matters, even as far back as the Plantagenet and Norman leaders. Agitation between the crown of England and Popes of Rome remained and had been a common persistent theme.

Henry VIII married his first wife Catherine of Aragon under the pope’s permission in 1509. When she did not produce a male heir, Henry became impatient, and it was not long before he became infatuated with Anne Boleyn in 1525. Anne Boleyn would not accept to be his mistress, so Henry set about getting his marriage to Catherine annulled.

Henry needed to justify a reason the marriage between Catherine and himself was invalid. Under the Catholic religion a marriage was a contract until death.

King Henry did go through the ropes of seeking an annulment of the marriage to his wife Catherine, from Pop Clement VII. What may not be so well known, Catherine was the aunt Holy Roman Emperor Charles V. There was certainly some political manoeuvres within Rome going on, of not wanting to offend Charles V. The outcome of these requests was for delay and then refusal.

Lets not forget in the 1500s travelling to Rome from London was no simple matter, at some 1100 road miles today, with no tunnels through the alps. the time could be anywhere between 30 to 60 days. The sea route was no easy feat either, with weather permitting could take an equal amount.

The Act of Supremacy and England’s Independance

A solution needed to be found which set of a chain reaction of events that eventually led to England’s split from the Catholic Church through an Act of Parliament called the ‘Supremacy Act’. Catherine had been previously married to Henry’s brother Arthur. Catherine refused to accept King Henry as head of the Church and thought herself as the rightful Queen, she died in Jan 1536 at Kimbolton Castle.

Henry Married Anne Boleyn before the Act of Supremacy had been made law. Some historians state the first date was the secret marriage that took place in November 14 1532, then the formal marriage of January 25th 1533.

Thomas Cranmer became the first Archbishop of Canterbury in May of 1533. The King instructed him to find the first marriage void and the second marriage valid.

The pope excommunicated King Henry VIII and the Archbishop of Canterbury, so destiny started to change the divide between the Church of England, and the Catholic church in Rome and on the 1st June 1533 Anne Boleyn became queen.

Why was there 2 Acts of Supremacy?

Queen Mary repealed the act upon King Henry’s death, until Queen Elizabeth I came along and parliament re-enacted the Act of Supremacy a second time. The current Monarch today is still the head of the Church of England.

People wanted to read scriptures themselves not listen to priests about things they could not read or understand. Some thought Roman doctrines had no place in a British church.

The Act of Royal Supremacy would not suffer any future parliament withdrawal. It enabled sovereignty over the civil laws regarding the laws of the Church of England. For King Henry VIII and his successors as and established right or fact. This 1534 Act also started the English Reformation. The Treasons Act was passed in the same year 1534, it stated that if anyone disobeyed the Act of Supremacy, they considered it an act of treason, punishable by death.

Act of Supremacy seems fitting for Henry VIII, sometimes you think if he was alive today, and in power, how would that court have presided over things about Europe, fishing territories, trade, and all the rest of today’s issues that seem to go on and on without resolution. 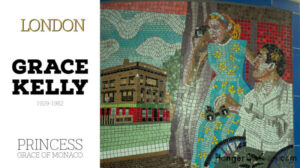